100% Australian Peeled Chestnuts, ready to use.

These Cheznuts chestnuts are 100% Australian.

These vacuum-packed chestnuts require no refrigeration (except after opening) so can be kept in the pantry until needed. They are perfect for stuffings, risotto, soup and your favourite chestnut dish. Saute them in butter and/or olive oil for a tasty snack.

Chestnuts are so versatile and can be used in both savoury and sweet dishes. Use as whole or puree them – the uses are endless.

This Cheznut product is not to be confused with freshly roasted chestnuts. These chestnuts have been steamed under pressure.

Jane and Brian’s love affair with chestnuts began when a small farm they purchased happened to have some chestnut trees. Although they initially didn’t know what to do with them, once shown (by an old Italian friend) they were off and running and haven’t stopped since. That’s the thing with chestnuts, once you know what to do you just fall in love with them. Their passion for chestnuts has taken them all over the world and together with their three children they spent three months in 2002 traveling around Northern Italy, Southern France (including Corsica) , Spain and Portugal experiencing chestnuts. They attended many chestnut festivals including ones in Cuneo, NW Italy; Mourjou, Cantal Region of France; St Andeol de Vals, Ardeche and the famous chestnut flour festival in Bocognano in Corsica. In October 2004 they attended the Third International Chestnut Symposium in Charves, Portugal and returned to Europe in 2008 and again in 2009 when they organised a group of Australian Growers to visit Italy for the First European Congress on Chestnuts. The Casey’s really know their nuts. 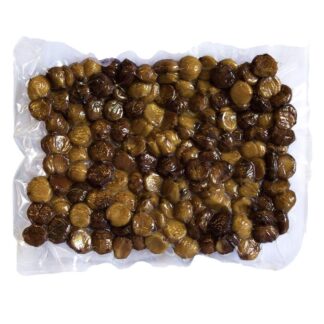